Installation of the High Sheriff of Powys

Installation of the High Sheriff of Powys 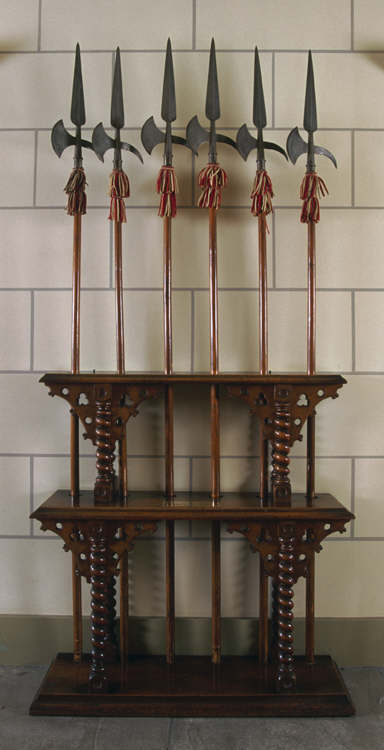 This week, our building will be alive and buzzing with activity of a very special kind. The Installation of the High Sheriff of Powys takes place annually and is held in our building every third year, when a representative from Radnorshire, our part of Powys (the middle bit), takes the role.  This year, Sue Thompson of Kinnerton takes the position, following in the footsteps of the Sheriffs from over 1,000 years of history.  On Friday 21st April 2017, there ceremony will take place in our building. If you are intending to visit us that day, you are very welcome – we are open as usual – but please be aware that some rooms will be inaccessible whilst parts of the ceremony are underway.  On the plus side, visitors get to see a truly British ceremony, with our building in coming back to life as a centre for legal administration for its county. There will be a presiding Judge, the Lord Lieutenant of Powys and other dignitaries of the County all present – a truly spectacular affair.

The name Sheriff comes from ‘Shire-Reeve’ or the Anglo Saxon ‘ Scir-gerefa’. Their powers were once extensive, including judging cases in court, policing, collecting taxes on behalf of the crown and representing their area in early parliaments. These powers were slowly eroded over the centuries but the position has remained.

In our building’s heyday, the High Sheriff would meet the Judge at the edge of the jurisdiction and bring them safely into the town, to his lodgings here. We still have some sets of halberds on site, used originally for protection of the judges and later more for ceremony (although, as you can see from these, they could still inflict a nasty bit of damage to someone!).

Today, the duties of Sheriffs are mainly: attending on and looking after Her Majesty’s Judges; acting as Electoral Returning Officer in some constituencies; above all, upholding the rule of law and order and uniting of all the Sovereign’s subjects in loyalty to the Monarchy. All of this is fulfilled at no expense to the public purse.

We are very proud to host this ceremony, as we feel it keeps the building going as a living place and not just a fusty old museum for you to wander around – not that we would ever call ourselves fusty (just come to one of our jelly events, or find out all about Victorian toilets and pants as you wander round, and you’ll see for yourself!).