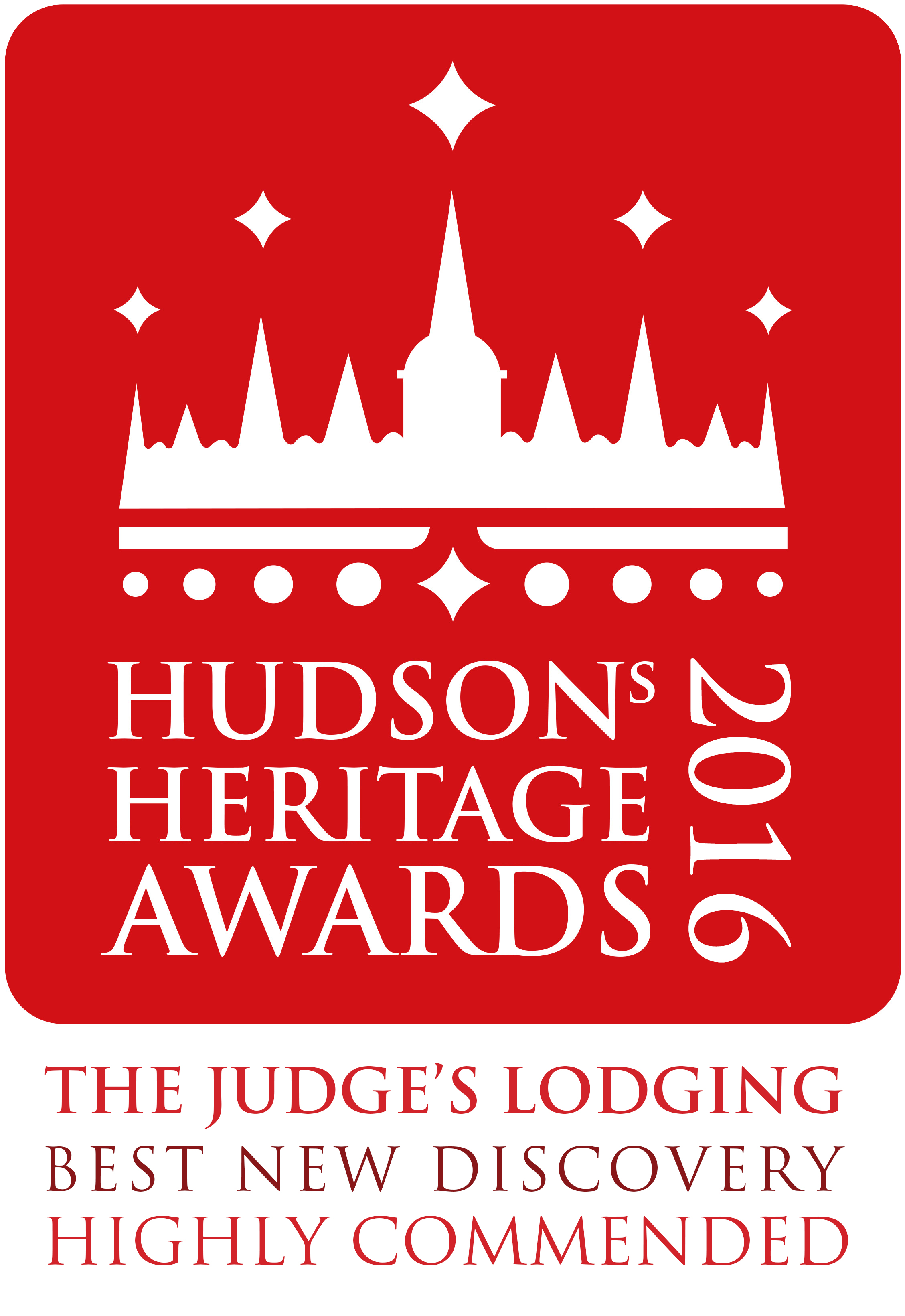 The Judge’s Lodging in Presteigne had a rather special start to its season this year. Whilst staff were busy lighting their period lights and opening the doors to welcome the first visitors of 2016, their curator, Gaby Rivers, was down in London accepting an award. The museum has won one of the prestigious 2016 Hudson’s Heritage Awards which were announced on Tuesday 1 March. The Judge’s Lodging picked up the Highly Commended second place in the category of Best New Discovery, behind winner Bletchley Park Trust. The Hudson’s Heritage Awards have several categories and The Judge’s Lodging has twice before been honoured in them, being heralded as the Britain’s Best Hidden Gem there in 2014.

This category of Best New Discovery refers to ‘Something newly found, uncovered, researched or restored’ and was given for The Judge’s Lodging’s project working with young student conservator Gemma McBader last year on an Ethiopian Emperor’s shield. The shield lay forgotten in the local history collection until Gemma chose it to work on for her Masters Degree at Cardiff University, and her work helped to identify that not only is it unique in design in shields held throughout large &UK collections. but turned out to have been a gift to Lord Rennell Rodd of Presteigne from the Emperor Menelik II on the signing of the Anglo-Ethiopian Treaty of 1897. An item from a small town museum which turned out to have real international significance.

Norman Hudson, the founder of Hudson’s Historic House Guide, the UK’s leading publication on historic properties open to the public, said of this project that it showed that it must not be forgotten what amazing treasures can be found within collections in small museums throughout the country. The Judge’s Lodging was by far the smallest historic property honoured at  the awards, but this time, there was good reason to be truly amazed by their accolade.

When it was revealed at the ceremony, the details of winning project from Bletchley Park Trust, it caused Gaby Rivers to put  the museum’s feelings immediately onto social media, for people eagerly awaiting the outcome of the awards:

‘When can we be truly humbled by taking second place at an award ceremony? When the winner is Bletchley Park discovering some of Alan Turing’s notes that had been screwed up and used to stop up a draft – wow’

Dan Cruickshank, distinguished architectural historian, presented the awards at Goldsmiths Hall in London with invited guests including owners and managers of the winning entries, representatives of the heritage tourist industry and the media.

Sarah Greenwood, publisher of Huson’s Historic Houses & Gardens said “We are thrilled to reveal the winners of Hudson’s Heritage Awards today. The judges have been impressed by the standards of innovation and the range of visitor experiences this year. From great food to original loos, visitors to today’s heritage sites can expect more than just history and beauty on a day out, though there is always plenty of both!