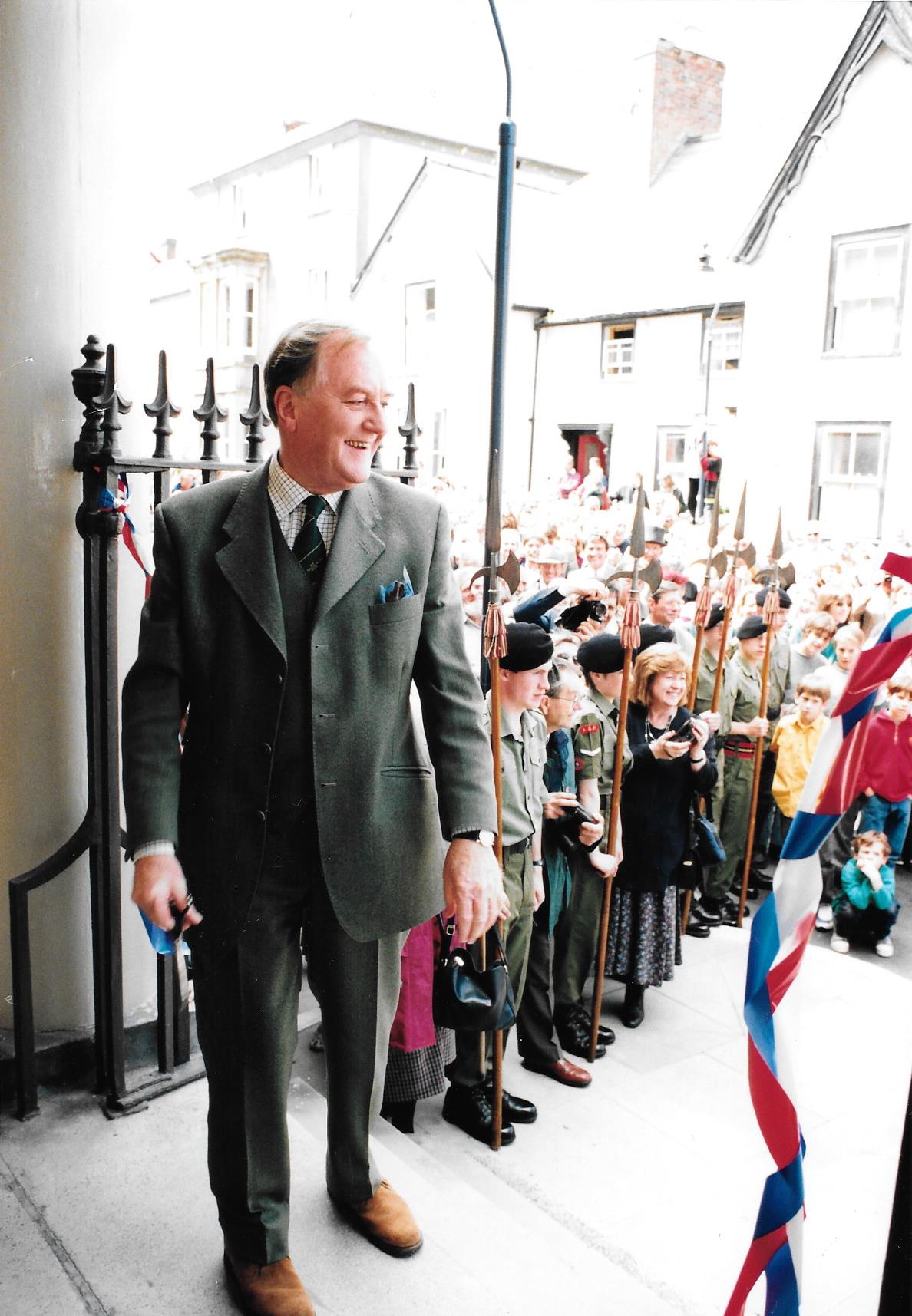 The Judge’s Lodging museum, the award-winning historic courthouse and judge’s accommodation, has been hugely saddened by the passing of Robert Hardy, a wonderful actor, great mind and staunch supporter of them.

Mr Hardy leant his voice to the museum’s atmospheric ‘eavesdropping’ audiotour, which leads enthralled visitors through the gaslit world of an unusual Victorian household,  taking the role of Richard Lister Venables, Chairman of the Magistrates, and as such is the highlight of the tour.

In 1997, he leant his presence to the opening of the building as a museum, when he processed through the streets of the tiny Welsh border town of Presteigne in an 1860s horse-drawn carriage, flanked by the local police, who gamely wore Victorian uniforms, and the local cadets, who took on the duties of the Victorian javelin-men, protectors of visiting judges.  On arrival, he gave a rousing speech about the value of protecting heritage sites such as this courthouse, which has been described as the ‘Most preserved historic court in the UK’, ‘One of the world’s greatest small museums’ and most recently by HRH Prince of Wales as ‘Truly inspirational’.

On cutting the ribbon, Mr Hardy’s official duties were complete, but he never stopped asking after the museum. Staff have seen visitors change over the years since they opened, but all, young and old, have always been excited to see photographs of him on the opening day as they go in – his appeal has been such that they’ve heard ‘Ooh, look, it’ that vet’ to ‘It’s Churchill’ to the young, Harry Potter generation exclaiming ‘OMG, it’s the Minister for Magic!’.

If you take the audiotour of The Judge’s Lodging, you can sit in the Judge’s withdrawing Room, close your eyes and really believe that the Victorian gentleman talking to you is there with you.