Two local choirs will be performing in a Spring Concert at St Andrew’s Church, Presteigne on Friday 20 May starting at 7.30pm in what promises to be a feast of music. Founded over fifty years ago Builth Male Voice Choir has performed all around the UK and Europe – in France, Germany, Ireland, Czech Republic, Netherlands and Belgium. Builth Choir has regularly been invited to take part in Welsh Festival of Male Voice Choirs at London’s Royal Albert Hall and in recent years participated in the prestigious Cornwall International Male Voice Choral Festival.

The Dolau Mixtures Choir will also be performing in the concert under the baton of their musical director Catherine O’Rourke. Founded in 1987 the mixed choir draws its membership from a wide area of Radnorshire and has performed at many local events and also travelled to Germany.

The concert is being organised by the choirs, in support of The Judge’s Lodging Trust charity. 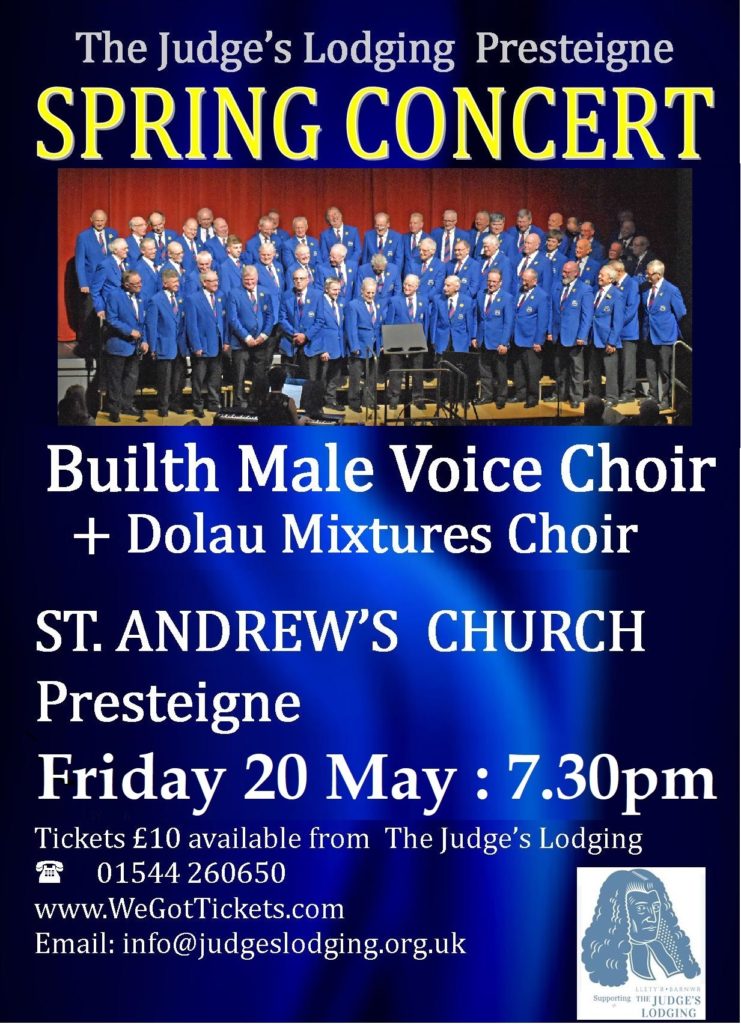